Alastria receives the Digitalization Award of the Community of Madrid 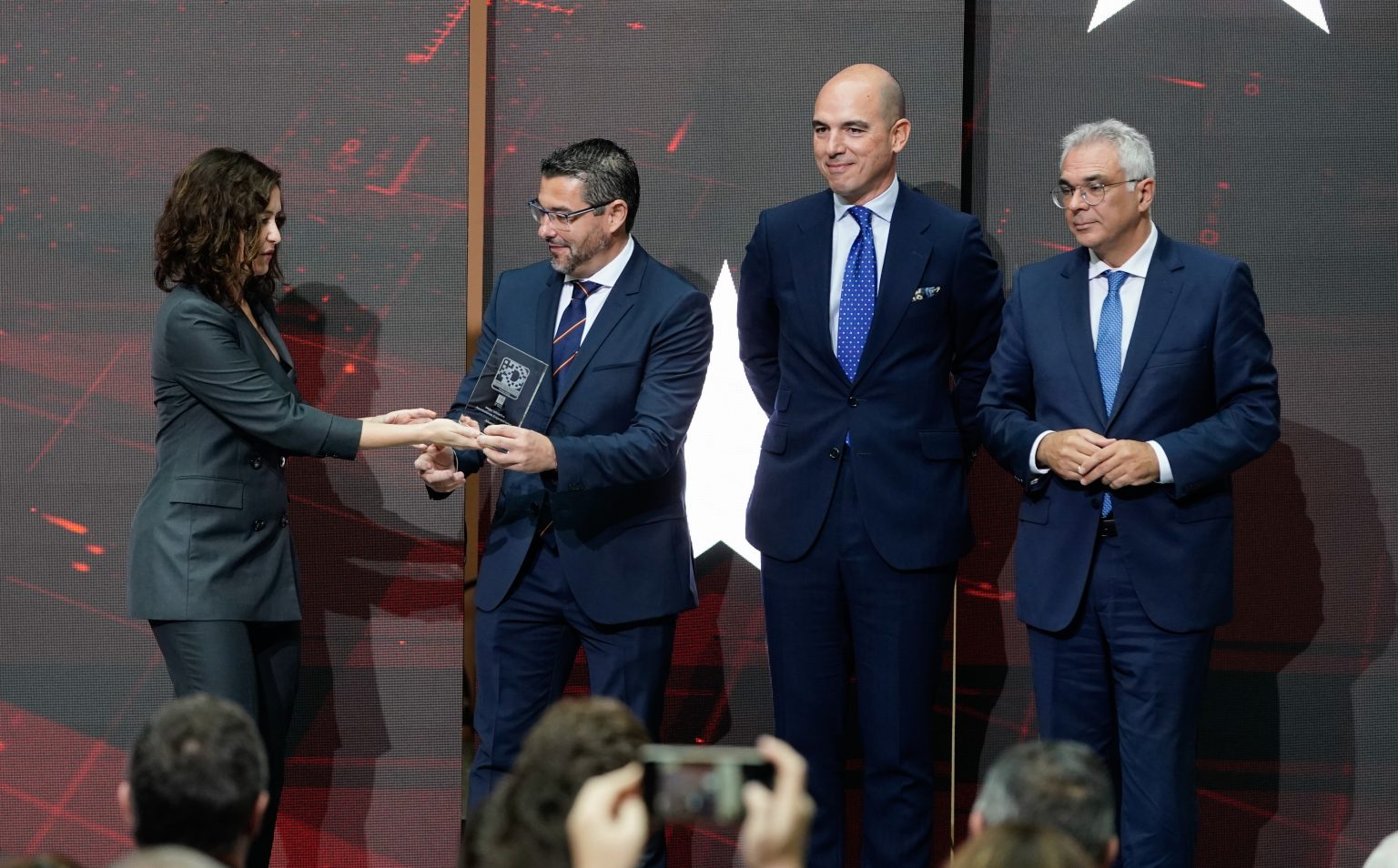 Madrid, October 24, 2022.- Alastria has received the Digitalization Award, granted by the Community of Madrid, in the category of business associations, for its boost to #blockchain technology and the promotion of #networks as levers for the digital economy.

During the ceremony, held at the Real Casa de Correos, President Isabel Díaz Ayuso highlighted Madrid’s commitment to digitalization and efforts to consolidate the region as the digital node of southern Europe, for which it has involved companies and institutions to generate and connect knowledge and business, also highlighting the role of associations as to continue driving the digital transformation and increase the innovation capacity of the business fabric.

Alastria’s president, Miguel Ángel Domínguez Castellano and Juan Jiménez Zaballos, CEO, collected the award from the President of the Community of Madrid and the Minister of Local Administration and Digitalization, Carlos Izquierdo Torres.

As for the Digitalization Awards, the Madrid Executive recognized in the first category, which distinguishes the best digitalization project in the field of public administrations, the City Council of Las Rozas de Madrid for the Las Rozas Smart City initiative. Likewise, in the modality aimed at startups and entrepreneurs, the proposals of IdEst Advisory for its work Telecommunications infrastructure needs in rural energy communities; and Carnicería Hermanos Menéndez for MtMeat.

Similarly, in the SME section, the jury selected Harpia Software and Serveo Servicios for KUIKO; and in the best contribution to digitization in industry, Repsol for Industria del futuro. Also in the social area, the work of the ONCE Foundation was recognized for developing the first robot for the effective assistance of people with disabilities in various environments; Banco de Alimentos for the implementation of the census of beneficiaries and the management of food distribution; and Fundación Orange for Digital Center.

The sixth prize went to highlight the work of business associations and, in this case, the Alastria blockchain network and the IndesIA platform. Finally, Telefónica de España’s La Cabina project was awarded in the category of large companies for creating a space that shows visitors, in a totally immersive way, the new and most innovative uses of ICTs.